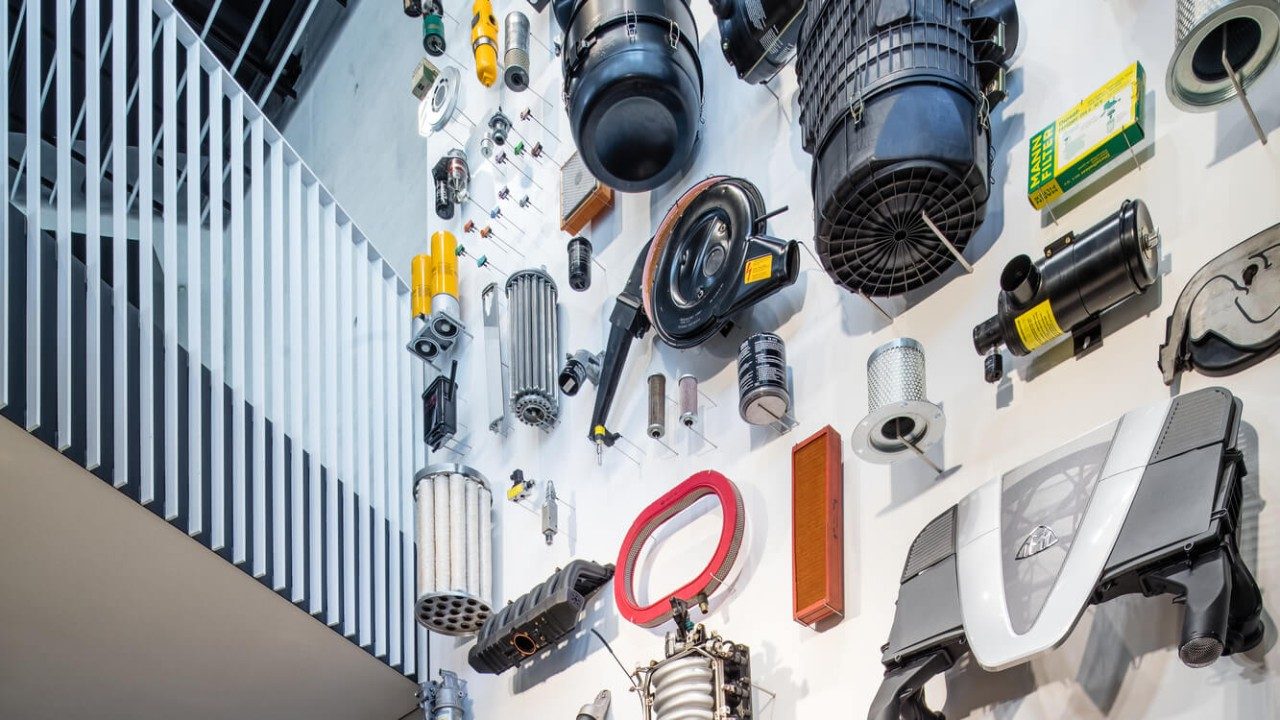 It all started with the first products, fabric air filters, made in Ludwigsburg. Today - eight decades later - MANN+HUMMEL is one of the global market leaders for filtration.

In 1938, Adolf Mann and Dr. Erich Hummel were the owners of the textile company Bleyle in Ludwigsburg. Shortly after the outbreak of the Second World War, the Stuttgart piston producer Mahle offered the production of engine filters to the textile company, an offer which is taken up and which laid the foundations for their company to be: MANN+HUMMEL.

The formative years and challenges of post-war Germany

After 1942, the two founders of MANN+HUMMEL committed themselves to intensive research and development activities. The hardships of the post-war years demanded inventiveness which led to a restructuring of their production. Instead of filters, other articles including domestic articles and plumbing fittings were the order of the day. In parallel, MANN+HUMMEL continued to further develop its filter business.

The end of the 1940s marked a turning point as the first Volkswagen Beetle rolled off the production line and MANN+HUMMEL produced large volumes of felt cone filters for the vehicles.

In parallel, the company management introduced extensive social policy measures. Company health insurance, profit sharing, a company pension scheme, and the possibility for employees to acquire home ownership at a low cost through a house building program made employment at MANN+HUMMEL even more attractive.

Innovative products “made by MANN+HUMMEL” marked the way towards the company becoming a development partner and original equipment manufacturer for the automotive industry. Improvements to the consumption and performance of engines and reduction of pollutant emissions gained importance. The filtration expert from Ludwigsburg also increased the use of plastic in its production. This enabled weight saving and more flexible product designs . A further important innovation was the introduction of a lost core technology for injection molding. This allowed the seamless production of complex intake manifolds. The result was the manufacturing of the first series production of intake manifolds made from plastic, the parallel development of oil filter housings in plastic, and also complex module solutions. In addition to the automotive sector, MANN+HUMMEL started being active in the area of hydraulics and liquid filtration.

The issues of environmental protection and recycling took on an ever more important role beginning in the mid-1990s. MANN+HUMMEL met the new requirements at an early stage with measures in the production process and the use of materials.

With the deaths of Adolf Mann in 1971 and Erich Hummel in 1984, the company shares were passed on to the hands of the founding families.

The substantial growth of MANN+HUMMEL over the previous three decades called for organizational changes. The company Filterwerk Mann+Hummel GmbH and the other companies were consolidated within the MANN+HUMMEL Group, and the business unit for industrial filtration was expanded.

In the 1990s and after the year 2000, the MANN+HUMMEL Group steadily expanded their global reach. The company established numerous subsidiaries in the European, American, and Asian markets. Optimizing the costs of production and logistics and establishing operations close to the customer were two of the major drivers for internationalization.

In 2009 the long-term group strategy was embodied by the vision of "Leadership in Filtration". The core points are leadership in the fields of quality and innovation, closeness to the customer on a global level, and further growth through targeted acquisitions.

The number of employees grew to over 23,000 at more than 80 sites worldwide. "Separating the useful from the harmful" was established as the company's mission. The company's activities were sub-divided between the Transportation and Life Sciences & Environment business units, and new areas of expertise started to be expanded, helping the company continue to develop intelligent filtration solutions that enable cleaner mobility, cleaner air, and cleaner water.

The company headquarters are in Ludwigsburg, close to Stuttgart, Germany. The company renewed its commitment to this with the opening of the Technology Center in 2016. MANN+HUMMEL continues to expand its range of products to include numerous areas of filtration.

We are convinced that filtration makes the difference today, and in the future, and MANN+HUMMEL will continue to provide key technologies helping to enable a cleaner planet.